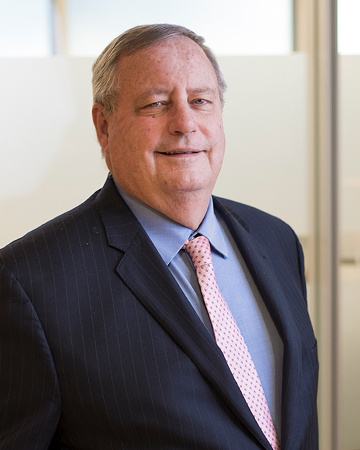 Recognized as an exceptional banking and creditors’ rights litigator, Mr. McNamara has defended banks in forged check, Uniform Commercial Code, and lender liability cases. He has represented banks and other lenders as plaintiffs in actions to enforce their rights under notes, guarantees, security agreements, and related loan documentation. Equally at home in state and federal court, Mr. McNamara litigates many of his cases in New York City, as well as on Long Island.

Frequently published in legal journals and trades, he chaired the Committee on Creditors’ Rights of the New York State Bar Association’s Commercial and Federal Litigation Section, as well as the Commercial Litigation Committee of the Nassau County Bar Association. He has also chaired, and lectured before, professional continuing education programs in the areas of bank litigation and creditors’ rights.

Named to the New York Metro Super Lawyers List, consecutively from 2014 through 2021, he was also honored closer to home with a “Top 10” Legal Eagle Award from Long Island Pulse Magazine.

Mr. McNamara graduated from New York University School of Law after earning his undergraduate degree, with honors, in economics from the University of Chicago.

Outside the Office
Enjoys playing tennis