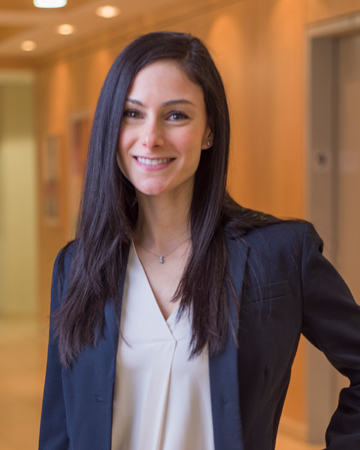 Rebecca Sklar is an Associate in the Litigation Group at Certilman Balin Adler & Hyman, LLP, and is based in the firm’s Hauppauge office.

She formerly was an Associate in our Tax Certiorari and Condemnation Practice Group where she primarily focused her practice on real estate valuation litigation.

Ms. Sklar represents major real estate developers on Long Island and in upstate New York.  She has assisted in numerous tax review proceedings that have resulted in reductions in the assessments of income-producing commercial properties, including regional malls, retail shopping centers, and apartment buildings.  Ms. Sklar has navigated complex legal issues at trial, such as the impact of environmental contamination on a property’s market value.  She also represents both claimants and condemning authorities in Eminent Domain proceedings.

In 2020, Ms. Sklar was certified as a speaker for the “We Educate” program of 3GNY (Third Generation New York), a non-profit organization founded by grandchildren of Holocaust survivors.  As a speaker, she is assigned to classrooms to share her grandfather’s survival story.

In June 2021, Ms. Sklar was recognized as one of Hofstra Law’s 2021 Outstanding Women in the Law.

Ms. Sklar has been named to the Super Lawyers New York Metro Rising Stars and Women’s Edition Lists every year since 2017.

She is admitted to practice in the State of New York, as well as the Southern District of New York.