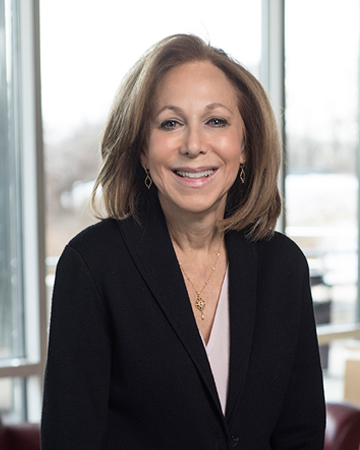 Lisa S. Hunter is a Partner and Co-Chair of our Trusts and Estates and Elder Law Practice Groups. She concentrates in all aspects of trusts, estates, tax, and succession planning, primarily for high net worth individuals.

Ms. Hunter was named to the New York Metro Super Lawyers list every year consecutively since 2015, and she was also included in its Women’s Edition. She was honored as none of the Top Women in Law by the Maurice A. Deane Hofstra University School of Law, Center for Children, Families and Law. Long Island Pulse Magazine recognized her with a Legal Eagle in the category of Trusts and Estates Law, and she was also named to their list of the Top 10 Legal Eagles. She has also attained the highest professional AV rating from Martindale Hubbell throughout her career.

Ms. Hunter earned a Bachelor of Arts from Vassar College, and a Juris Doctor from Villanova University, where she served as an editor of the Law Review. She also holds the degree of Master of Laws in Taxation from New York University.

Admitted to practice in the state of New York, she is a member of the Nassau County Bar Association.