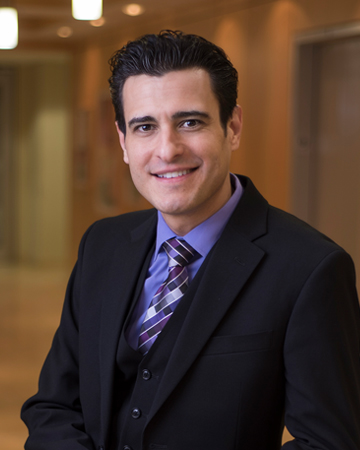 Darren Stakey was the 2015 Salutatorian at Touro College Jacob D. Fuchsberg Law Center, a published member of the Touro Law Review, and a National Quarterfinalist with Touro’s Moot Court Honors Board. During law school, Mr. Stakey interned for United States District Judge, Honorable Leonard D. Wexler, O.B.M., and then-Magistrate Judge, Honorable Gary R. Brown, at the Eastern District of New York. A member of the inaugural class of New York’s Pro Bono Scholars Program, Darren completed his legal coursework in five semesters and spent the balance of law school providing more than 700 hours of pro bono legal service to his local community. At Touro, he garnered awards for superlative achievement in a variety of disciplines, including: criminal law, constitutional law, international law, accounting, and appellate advocacy. Mr. Stakey is an Honorable George C. Pratt Fellowship recipient and received the Suffolk County Bar Association’s 2015 Award for Academic Excellence. In 2019, Touro honored him with the Pro Bono Attorney of the Year Award.

Mr. Stakey was inducted into Phi Beta Kappa at Hofstra University and worked in education and the private aviation industry before becoming an attorney. A professional singer/songwriter, he is also a member of the American Society of Composers, Artists and Publishers, with a catalog maintained by BMG. Darren is an active author of legal scholarship and has co-published articles with nationally-recognized experts and practitioners, including Benjamin Brafman, Esq. and Patricia E. Salkin.

From 2019 to 2021, Mr. Stakey was named to the Rising Stars list of New York Metro Super Lawyers. He was also named one of the “Ones to Watch in the Law” by Long Island Business News.

Law of the Land: A Blog on Land Use and Zoning (2014-16) by Patricia E. Salkin (Contributing Author)

Are Rights of First Refusal and Invitation to Litigate? Suffolk Lawyer (2021) by Howard Stein and Darren Stakey

Outside the Office
Singer/Songwriter