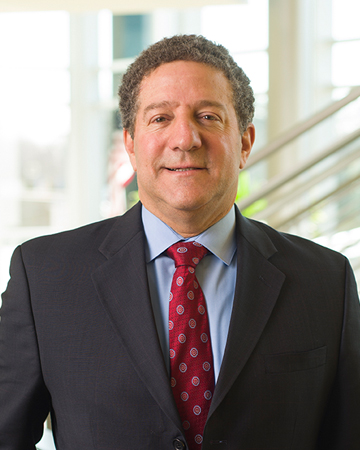 Glenn B. Gruder, Partner in our Litigation Group, is based in our Hauppauge office and joined Certilman Balin Adler & Hyman, LLP as a result of the merger with Mars, Sloane & Conlon.  Mr. Gruder combines strong litigation skills with real estate acumen.

He concentrates in the areas of commercial litigation involving real estate, zoning and contracts. He litigates first party property and casualty insurance cases and handles criminal defense.  He also appears before various zoning boards of the towns and villages in Suffolk County, obtaining approvals on applications for variances, site plans and changes of zone.

Mr. Gruder served as a Suffolk County Assistant District Attorney in the Narcotics Bureau from 1988 until 1992 where he obtained numerous felony convictions after trial on major narcotics cases.

He earned a Juris Doctor from Syracuse University and a Bachelor of Arts from New York University.

Named one of the “Top 10 Legal Eagles,” by Long Island Pulse Magazine, he is admitted to practice in the State of New York and in both the Eastern and Northern Districts of the Federal Courts in New York.  He is a member of the New York and Suffolk County Bar Associations.

Noteworthy Cases
Obtained a verdict after trial in a U.S. Bankruptcy Court adversary proceeding for a mortgagee credit union against the Town of Huntington and two of its officials.   The Court held that the credit union’s constitutional rights were violated when the Town improperly condemned the Thatched Cottage catering hall in Centerport, New York.

Obtained a jury verdict for the insureds against Liberty Mutual Insurance Company on the theory of “collapse” when buried trees decayed over a 24-year period, resulting in a drop on one side of plaintiffs’ residence.

Successfully defeated a seller’s motion for summary judgment in a real estate contract action on the grounds of the seller’s bad faith. Mr. Gruder then obtained an affirmance on appeal.

Obtained a reversal in the Appellate Division of an Order of the Surrogate of Suffolk County that denied a Petition by an interested party for the appointment of an estate representative to continue the prosecution of Supreme Court lawsuits and appeals.

Obtained summary judgment dismissing almost all of a homeowner’s association lawsuit against a builder that resulted in a very favorable settlement for the builder.

Obtained the dismissal of a federal lawsuit commenced against a builder by its co-venturer relating to a sewer connection agreement.

Obtained summary judgment in federal court for a liquid waste removal company in an action commenced against it by a union to vacate an arbitration award. Mr. Gruder also obtained the arbitration award that effectively dismissed the claim.

Outside the Office
Glenn enjoys reading, music and walking his rescue Eli and his Great Dane Luca.