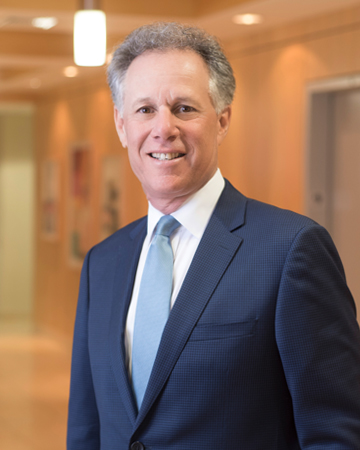 Brian K. Ziegler is a member of the Executive Committee and the Partner-in-Charge in the Corporate/Securities Law Practice Group of Certilman Balin. He brings over 40 years of experience at Certilman Balin in advising a variety of businesses – large and small, family owned and publicly owned, corporations, limited liability companies and partnerships. His expertise spans the areas of mergers and acquisitions, joint venture transactions, finance, private placements, license agreements, distribution agreements, service agreements, employment agreements, taxation and general business contracts.  However, Mr. Ziegler prides himself most on being a good listener, understanding his client’s issues and needs and providing advice, guidance and personal attention to best assist them.  He serves as a trustee for many active family trusts and as outside general counsel to numerous businesses.

Mr. Ziegler is the recipient of numerous awards and honors. He was named to the New York Metro Super Lawyers list for seven consecutive years. Long Island Business News recognized him as one of its “Who’s Who in Corporate Attorneys.” Long Island Pulse Magazine honored him with a Legal Eagle award, and added him to its list of the Top 10 Legal Eagles. The New York State Department of Parks, Recreation and Historic Preservation presented him with the Sidney M. Shapiro Memorial Special Service Award.  Most recently, Hope For Youth honored him as an Every Day Hero with its Elizabeth Bass Golding Award. He has also earned the highest AV rating by Martindale Hubbell.

Apart from the legal practice, Mr. Ziegler is an active leader in community, charity and the golf world on Long Island.  He was recently re-elected to a new four-year-term as the Village Justice for the Village of Woodsburgh, a position he has held for 23 years. He has also served as Chair of the Commissioner’s Cup Golf Tournament at the Black Course of Bethpage State Park since 1998, an event organized by and for the benefit of the New York State Department of Parks, Recreation and Historic Preservation and served as a Committee Co-Chair for the PGA of America for the 2019 PGA Championship at Bethpage. In addition, he is the former Co-Chair and current Board Member of Mentor New York and a co-founder and participant in the firm’s mentoring program known as LIKE (Lawyers Involved in Kids’ Education).

He is admitted to practice in both the state of New York and Florida.