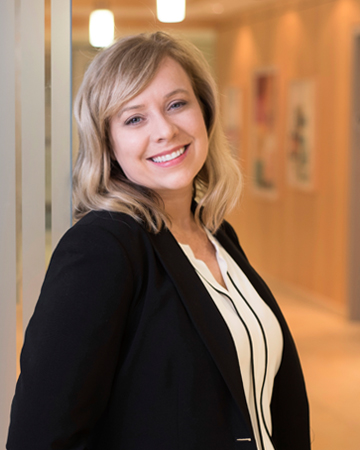 June 8, East Meadow — Erin A. O’Brien, Partner in the Tax Certiorari and Condemnation Practice Group was named to the “Who’s Who in Tax Certiorari Law” list by Long Island Business News.

Prior to joining Certilman Balin, she was a Partner at the law firm of Cronin, Cronin, Harris & O’Brien, P.C. She has successfully litigated before the Supreme and Appellate Courts throughout the State of New York, creating legal precedent with the arena of tax certiorari law.

Ms. O’Brien is also a founding member of Women in Tax Assessment (WItA), serves on the associate board of the Association for a Better Long Island (ABLI) and has been a guest speaker at various symposiums throughout New York State.

In 2019, Ms. O’Brien was also featured by the New York Real Estate Journal as one of its “Women in Real Estate.”

Ms. O’Brien earned her Juris Doctor from the City University of New York School of Law where she was a member of Law Review. She earned her Bachelor of Arts from North Carolina State University.