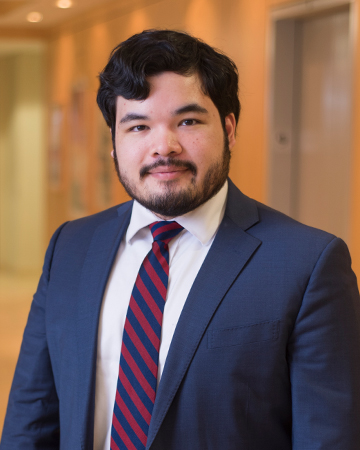 Joshua Feldman is an Associate in our Commercial Litigation Practice Group. His practice includes a diverse range of commercial litigation matters in addition to employment law and wage and hour litigation before federal, state, and appellate courts.

Prior to joining Certilman Balin, he was an Associate at a New York City firm where his commercial litigation practice focused on real estate transactions, corporate governance and franchise law.

Mr. Feldman earned a Juris Doctor from Fordham University School of Law and a Bachelor of Arts in history from Yale University. He was a member of the Fordham Urban Law Journal and was awarded a merit-based scholarship.

He clerked at a Long Island law firm in the area of insurance litigation. He also served as a Judicial Intern to The Honorable Jeffery A. Deller of the United States Bankruptcy Court for the Western District of Pennsylvania. He was an advisor to the Judge on multiple projects, including a historical research project and a presentation on student loan bankruptcy with Professor Rafael I. Pardo of Emory Law School.

A member of the New York State and the New York City Bar Associations, he is admitted to practice in the state of New York.