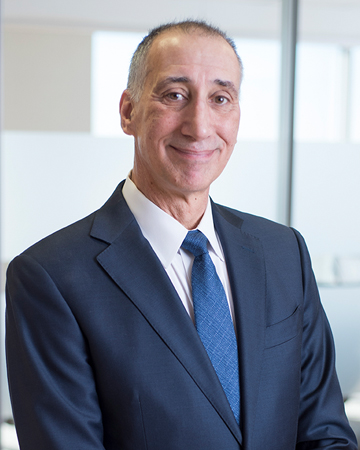 John H. Gionis, Partner in our Litigation Group, concentrates his practice in the areas of commercial litigation, white collar criminal law cases involving fraud, and personal and catastrophic injuries. A trial attorney to the core, Mr. Gionis has successfully tried to verdict cases in both the state and federal courts in the New York metropolitan area. Prior to joining Certilman Balin, he was practiced at local law firm where he tried high profile real estate and tort cases.

Mr. Gionis is known for his cross examination techniques, and his aggressive and thorough style in the courtroom which enables him to achieve positive results for his clients. He has an uncanny ability to understand the issues from a variety of legal practice areas and is often called upon by his partners to assist their clients, both plaintiffs and defendants, in courtroom trials. Most of his cases are document intensive, especially in matters involving complicated fraud and negligence and disciplinary proceedings.

He is also a former Nassau County District Attorney.

For four consecutive years, Mr. Gionis was named to the New York Metro Super Lawyers list. He was awarded a “Legal Eagle” for Civil and Criminal Law from LI Pulse Magazine. He also has achieved the highest professional AV rating by Martindale Hubbell.

He was appointed to serve on the Grievance Committee for the 10th Judicial District. He lectures on a myriad of legal issues and has served as the CLE Director of the American Inn of Courts.

From California Western School of Law at San Diego he graduated in the top 2% of his class. He earned a Bachelor of Arts in English from Albany State University. Admitted to practice in the State of New York and in both the Eastern and Southern Federal Courts in New York, Mr. Gionis is a member of the Nassau, Suffolk, New York and American Bar Associations.

He is fluent in Greek and is involved in the American Hellenic Educational Progressive Association (AHEPA).