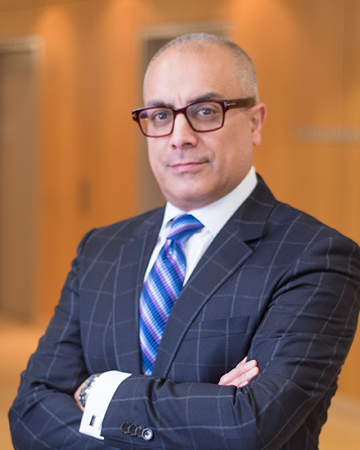 Jaspreet S. Mayall is a Partner in our Telecommunications and Bankruptcy Groups. He is also Co-Chair of the firm’s Bankruptcy and Debtor/Creditor Rights Group and is a member of the firm’s executive committee.

He counsels cellular phone companies, master wholesalers, retailers and original equipment manufacturers.  His national client base relies upon his counsel on negotiating their agreements with the wireless carriers, as well as mergers and acquisitions, joint venture agreements, OEM agreements, retail leases, and other agreements in the telecommunications field.  He has extensive experience litigating a wide variety of telecommunications cases in state and federal courts.

He also litigates commercial matters. Mr. Mayall began his legal career in our Debtor/Creditor Rights and Bankruptcy Group. In bankruptcy proceedings, he acts as counsel to trustees, debtors, and secured and unsecured creditors. He has significant experience in Trial and Appeals before New York State and Federal Courts.

Mr. Mayall serves as a member of the Committee on Character and Fitness for the Second, Tenth and Eleventh Judicial Districts. The Appellate Division, Second Department of the Supreme Court of the State of New York first appointed him in 2007.

Named consecutively to the New York Metro Super Lawyers list from 2013 through 2022, Mr. Mayall first earned the distinction in 2010. Long Island Business News named him as one of Long Island’s 40 Under 40 Rising Stars in 2003. He was also honored with the India Republic Day Award from the Town of Hempstead.

Mr. Mayall was appointed to the board of the American Heart Association and is charged with helping the organization build awareness in the South Asian community. He is fluent in Hindi and Punjabi.

Appointments
Committee on Character and Fitness for the Second, Tenth and Eleventh Judicial Districts