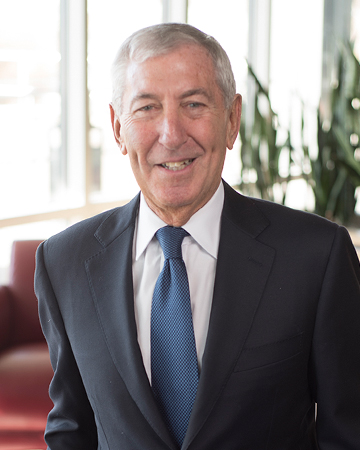 Ira J. Adler, retired, was the Partner in our Condominium and Cooperative Practice Group. Over the course of his distinguished career in community association law, he has represented builders, developers and converters of condominium, cooperative and homeowner association developments throughout the United States, Canada and the Caribbean. His group is one of the most active condominium and cooperative law practice groups.

Through his involvement with a myriad of real estate trade and philanthropic organizations, Mr. Adler has also contributed to the betterment of Long Island.

For his charitable endeavors he was honored as the Humanitarian of the Year by the Rehabilitation Institute; as Man of the Year by the American Cancer Society, Long Island Chapter; and with the Lifetime Achievement Award from the Tilles Center. The American Jewish Committee honored him with the Franklin H. Ornstein Humanitarian Award and Networking Magazine with the David Award.

A frequent lecturer and the author of numerous articles on community association law, Mr. Adler co-authored the Chapter on “Condominium, Cooperative and Homeowner Associations in Real Estate Titles,” published by the New York State Bar Association.