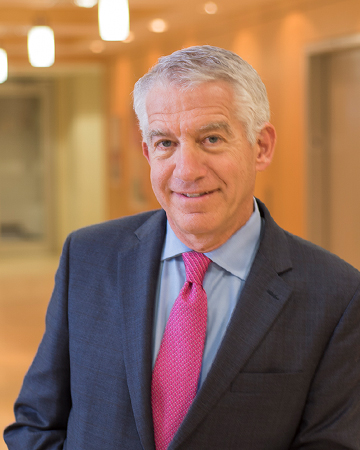 Douglas E. Rowe is a Partner in our Labor and Employment Group.

His broad range of expertise includes claims alleging discrimination based upon race, sex, religion, national origin, age and disability, as well as sexual harassment, wage and hour issues, labor arbitrations, and defense of employment-related claims under federal and state statutes. He is frequently quoted in the media about the #MeToo movement and legislation affecting employers and employees.

He counsels on and litigates issues relating to restrictive covenants and trade secrets. By initiating preventive counseling on company policies and other personnel matters, Mr. Rowe helps clients keep costs down and avoid litigation. He also prepares and negotiates employment agreements.

A seasoned litigator at the state and federal level, Mr. Rowe has significant appellate experience. He is admitted to practice in the State of New York, United States District Court, Eastern and Southern Districts, and the U.S. Court of Appeals, Second Circuit.

He was awarded a “Legal Eagle” by Long Island Pulse Magazine.

He serves on the Board of Directors at Rock and Wrap it Up, an anti-poverty think tank based in New York.

He graduated from Brooklyn Law School and earned his Bachelor of Science in Accounting from the University of Maryland. He is a member of the New York and Nassau County Bar Associations.

Recognitions
New York Metro Super Lawyers list, 2011, and then consecutively from 2013 to 2021

Community Involvement
Rock and Wrap it Up, Board Member

Outside the Office
Avid golfer and traveler